AdSense is a well-known pay-per-click (PPC) program from Google that helps publishers make big money from their online content. Unfortunately, site owners, especially beginners, are always trying to use some kind of illogical methods to make money quickly. AdSense, or any other PPC program for that matter, is like a tree that needs to be gently grown from a small plant over many years to produce fruit from a grown tree. Attempted cheating will kill your benefit and most likely result in a permanent ban on your account. What’s more, once a site is flagged as web spam, it’s impossible to get other advertisers to make money on your site for nothing. Here are some ideas on how Google can track your invalid actions and suspect the source of traffic to your site.

However, don’t try to use any traffic tools that don’t follow Google’s guidelines for AdSense publishers.

Clicking on your own ads is the first and foremost mistake a new publisher often makes. In addition to content quality data such as geographic location and the IP address from which you apply to create an account, when you apply for AdSense, we collect. It’s easy to tell if a click is coming from the same IP address that you’re logging into your AdSense account with, or from the AdSense account you’re using.

The IP addresses of most proxy servers are well known to all major advertising companies, including Google. For example, AdSense ads may not even appear when browsing using some VPN services. On top of that, clicking on ads through a proxy server will surely result in your account being banned.

See also  How to create an AdSense ad unit?

Cookies are used in almost all Google services such as Gmail, Webmaster Tools, Analytics, etc. although it is common to use multiple Gmail accounts; any clicks on advertisements can be easily tracked using cookies set in the browser.

Google track invalid AdSense clicks Google allows you to display ads from multiple AdSense accounts on the same webpage without exceeding your ad limit. Even you can add multiple accounts to the AdSense for iOS app to track earnings from multiple accounts. This may be required in many cases, such as managing clients or family members. The only thing that is not allowed is to use or receive multiple AdSense accounts for one personal account and generate invalid clicks in any way. Google can easily trace the origin of each click and compare the data to check for legitimacy. 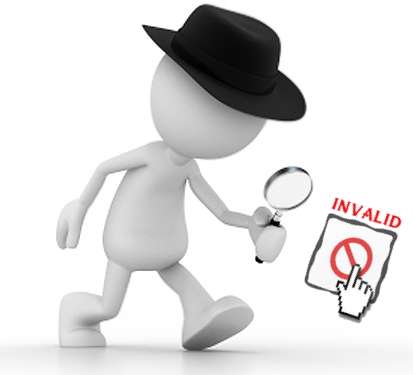 In addition to all of the above factors, the click pattern will clearly indicate whether it is an intentional or artificial click over a period of time. For example, let’s say your site gets 1,000 visitors a day with more than 50% traffic coming from the US. If the click sample shows that 90% of the clicks are from outside the US, that’s a good reason to be suspicious, although it could be real. But this can’t go on for long, which will indicate to Google that the publisher is organizing the clicks themselves.

Google also tracks users’ browsing pattern to serve interest-based ads. Google can easily track continuous ad clicks from a single computer using cookies, IP address, and ISP. Even if you clear your browser cache, the geographic pattern of the clicks will clearly indicate the origin of the clicks. If you can see the origin of traffic down to the city level in Google Analytics, Google may well be using its own data to look for invalid clicks.

This is a simple rule for finding illegal activities on the site. Click through rate or CTR is the percentage of clicks to page views. Consider the example below for a month:

30% CTR means that every 3 out of 10 users should click on one ad, which can legally happen for a few days, but definitely won’t happen for a few months. Because this will directly impact advertisers who pay money to Google through their AdWords account, AdSense accounts with high CTRs will be carefully screened before being banned.

This is one of the tricky moments; Today, a website cannot exist without promotion through social networks. All social networks such as Facebook, Twitter, etc. have their own search engine and adware, they are direct competitors to Google. From an AdSense point of view, it is recommended that you keep a close eye on your site’s traffic ratio. Getting a lot of clicks from social media referrals indicates to Google that these may be inflated clicks from the publisher’s friends and circles.

Apart from social media, publishers tend to use traffic or click exchanges to increase traffic. This is completely against AdSense policy, and an increase in traffic without matching search rankings is a clear indication in the direction of an account suspension.

Placement of ads on the page

It is not always necessary to generate invalid clicks from external sources such as click exchanges and bots. There are other means of visually motivating users to click by placing ads closer to images and displaying text messages like “Click here” above the ad. The Google AdSense bot crawls each page (similar to a web crawler) to understand the content and display relevant ads. With a very complex crawling engine, finding such stupid methods is not a real task for Google.

See also  How much money will I receive from AdSense?

These are some of the ideas on how Google can track invalid AdSense clicks to protect advertiser money. With one of the most used search engines, Google may have many other mechanisms to easily check for a click. Hence, instead of wasting time on such illegal methods, follow some simple and acceptable guidelines to increase your AdSense earnings.